Self-proclaimed genius, and ruler of the Internet.
DevOps Engineer the rest of the time. 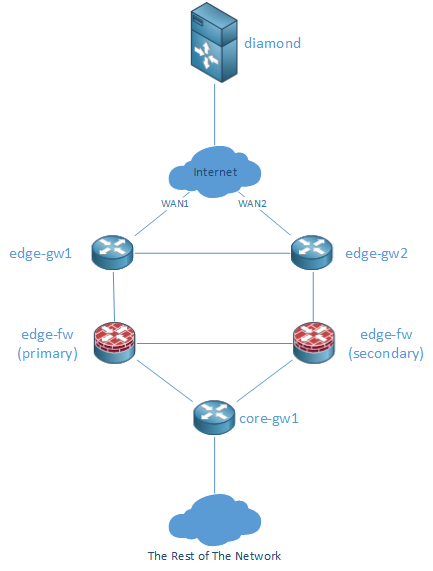 As promised, here is a very very basic diagram of my home lab. This is quite a high level overview of it, and the layer 2 information is not present as I suck at Visio, and all the connectors were getting messy on Visio with the layer 2 stuff present! What is not shown in the digram:

As I mentioned in my previous post, I have a dedicated server hosted with Rapid Switch, through I wanted to route all my connections. There were a few reasons I wanted to do this:

The basic setup of the dedicated server is as follows:

Other than that, there isn’t much to see on the dedicated server. It’s quite a simple setup on there. If anyone would like to see more, I can post any relevant config.

Posts in this Series